Sea turtles are primarily visual predators, with the ability to discriminate according to color and shape; therefore, these factors play a role in their feeding choices.

Turtles in the eastern Mediterranean displayed strong diet-related selectivity towards certain types, colors, and shapes of plastic when compared to the environmental baseline of plastic beach debris. 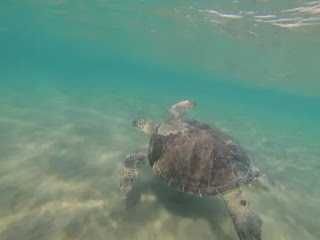 In this study, scientists highlight green turtles and found that they are more likely to swallow plastic that resembles their natural diet of seagrass. Scientists observed turtles’ behavior and found that the turtles strongly favor narrow lengths of plastic in natural colors like green and black, rather than the debris of other shapes and colors.

The study, conducted by the scientists from the University of Exeter and the Society for the Protection of Turtles (Cyprus), analyzed the guts of turtles discovered appeared on beaches in Cyprus.

Plastic was found in all turtles whose full gastrointestinal tract could be examined, with one found to contain 183 pieces. The study could not determine what, if any, role the plastic had in the turtles’ deaths. Most had likely died as a result of interaction with fishing nets.

Dr. Emily Duncan, of the University of Exeter, said, “Previous research has suggested leatherback turtles eat plastic that resembles their jellyfish prey, and we wanted to know whether a similar thing might be happening with green turtles.”

“Sea turtles are primarily visual predators – able to choose foods by size and shape – and in this study, we found strong evidence that green turtles favor plastic of certain sizes, shapes, and colors. Compared to a baseline of plastic debris on beaches, the plastic we found in these turtles suggests they favor threads and sheets that are black, clear or green.”

“The sources of this plastic might include things like black bin bags, and fragments from items such as fishing rope and carrier bags.”

The study also discovered that smaller turtles tended to contain more plastic, possibly because they are less experienced (and therefore more likely to eat the wrong food) or because diet choices change with age and size.

Of the 34 turtles analyzed, the researchers had the option to inspect the full gastrointestinal tracts of 19. These turtles contained plastic, with the number of pieces going from three to 183.

Professor Brendan Godley, who leads the Exeter Marine research strategy said, “Research like this helps us understand what sea turtles are eating, and whether certain kinds of plastic are being ingested more than others.”

“It’s important to know what kinds of plastic might be a particular problem, as well as highlighting issues that can help motivate people to continue to work on reducing overall plastic consumption and pollution.”

MUST READ: Are Acai Berries Really Superfoods? 5 Healthy Benefits of These Colorful Fruits

Homocysteine: How It Affects Your Blood Vessels

Things you should Eat Before a Night of Drinking

8 Viral Ways To Exercise Your Brain To Improve Cognition

ABOUT US
heMJaypost is your lifestyle, health, relationship & beauty website. We provide you with information related to health, facts, relationship and beauty tips and hack that actually works, all in one spot.
Contact us: Hemjayposts@gmail.com
FOLLOW US
© Copyright 2019 - heMJaypost.com